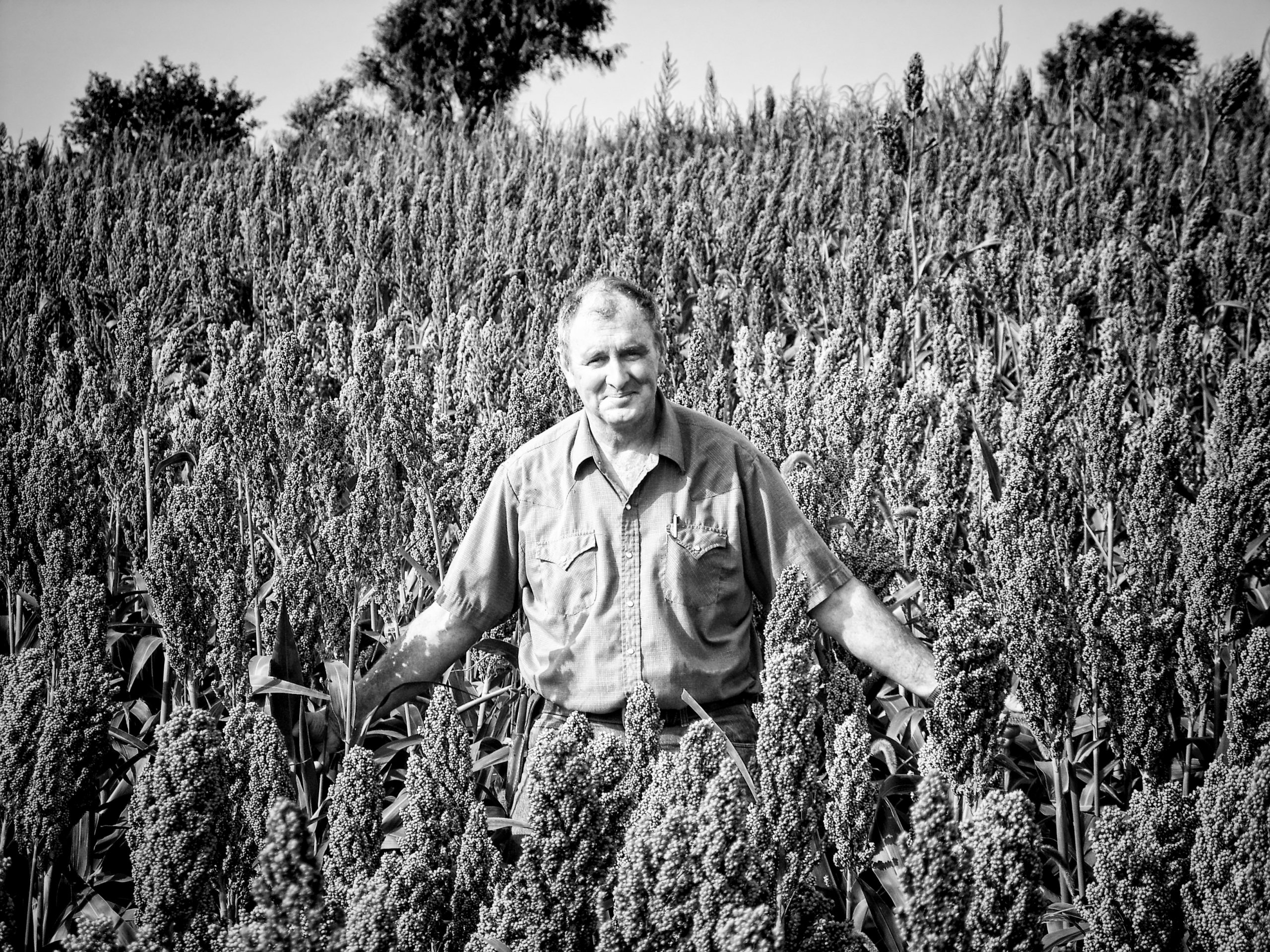 ORGANIC FARMING FOR WILDLIFE: As a wildlife habitat and land consultant I teach landowners the importance of biodiversity and using what the land itself is capable of generating and harvesting instead of trying to inject foreign practices or absurd gimmicks into the ecosystem.  To sustain and improve habitat conditions on farms I recommend methods such as using the local landscape, native vegetation, and components which nature has already offered.

Current research focused on white tail deer has shown that they will choose natural food plots comprised of native plants over synthetic blends and exotic food plot mixes when offered a choice. This study demonstrates how much of a positive impact local vegetation can have on whitetail deer.  To help explain this a little easier I would like to use an analogy.  If you are used to eating burgers and fries then go to another country where they eat something like bugs chances are you may not be ready to eat the local cuisine.  But, if you go long enough without a meal and start to starve you will probably change your view on what you are willing to eat to stay alive.  This is what it may be like for a whitetail deer.  They want to eat their local food but due to landowners using genetically modified blends and exotic food plot mixes they are forced to settle and eat this rather than starve.

This has lead myself and many others to consider that if biodiversity and naturally occurring ecosystems are more desirable to wildlife when compared to synthetic blends and genetically modified food plots, could that principle be applied on a larger scale to the crops that we plant? If this can be applied to a larger scale then is organic farming better for wildlife than conventional farming? This ultimately leads me to ask the question; could organic principles help farmers become more profitable while making the food we eat better?

I have to admit; when I first heard about organic farming I mostly shrugged it off as a fad.  When researching organic farming, I found that there are very positive impacts on the environment and wildlife.  These findings caused me to shift my mindset about organic farming.  I seemed to have one of those “moments of clarity”.  Then it became clear to me that the principles I apply to wildlife development also apply to the food we grow in the heartland.

Before I expand on the topic of organic farming I feel it is important to define clearly what organic farming is.  Organic farming is defined as a form of agriculture that relies on techniques such as crop rotation, compost, and biological pest control. Despite my original assumptions organic farmers do use fertilizers and pesticides. They however strictly excludes the use of synthetic fertilizers, herbicides, insecticides, plant growth regulators or hormones, livestock antibiotics, food additives, and genetically modified organisms.  This requires that organic producers rely on natural ecological processes and biodiversity rather than the use of chemically altered inputs. These chemically altered inputs raise expenses for farmers and have been shown to cause adverse effects on the health of soil, livestock, wildlife populations and most importantly humans. Organic producers utilize science, technology, and naturally occurring biological processes to maintain soil quality and improve yields.

Since I have discussed organic farming I feel it is very important to contrast this with conventional farming practices.  Conventional farming practices are heavily dependent on pesticides.  These same pesticides have been shown to be toxic to wildlife species, but more importantly these pesticides are toxic to humans. Researchers are only now starting to study the effects of these toxins on the farmers who are exposed to them daily.  They are also researching how these toxins affect the general population and communities that drink the water and eat the food produced on these farms. It is alarming when you consider that the EPA has only required testing of less than 1% of all chemicals currently in use.  Research has already shown water leaching from conventional farming systems more frequently exceeds the legal limit for nitrate-nitrogen concentrations in drinking water compared to organic systems.  It is also a fact that rates of certain types of cancer and other diseases are higher among agricultural workers when compared to general populations.  This may be a direct result of increased exposure to chemicals, solvents, fertilizers, fuels, and pesticides.

Two of the published studies I came across compared organic and conventional farming.  The first study is a 30-year study by the Rodale Institute has provided significant insight on the subject of conventional versus organic farming practices. This study found during drought years organic farms had 31% better yields than conventional fields making the practice more reliable and profitable in drier regions or when drought conditions exist. The same study concluded that corn and soybean crops in organic fields tolerated much higher levels of weed competition while producing equivalent yields. This is a significant finding given the rise of herbicide-resistant weeds in conventionally farmed ecosystems.  This forces one to compare and contrast the benefits of using conventional herbicides.

The second study found that organic farms survive wind damage and erosion much better than conventional farms.  Organic farms are capable of retaining 20-40% more topsoil than conventional farms in the same areas.  The organic farms are capable of decreasing soil loss because the rain water does not run off the surface, taking soil with it.  The rainwater has also been shown to actually recharge groundwater reserves 15-20% better in organic soils. Healthy soil rich in organic matter and essential microbes creates a more stable environment for plants to thrive.  The study concluded that these techniques are more beneficial for farmers.

Since organic soil has been found to help recharge ground water reserves I began to look more in depth as to the other benefits organic soil may have on the environment.  Organic soils hang onto more of the essential nutrients (nitrogen, phosphorus, potassium) for longer periods of time, while chemically treated soils can lose these nutrients quicker. Synthetic forms of these nutrients do not remain available to plants as efficiently because they leach through the soil.  This results in negative impacts on succeeding crops because they become dependent upon the synthetic nutrients since they are not capable of holding them and subsequently spread into underground water tables and contaminate them. Synthetic applications become a seasonal or annual practice. The soils become dependent on the synthetic nutrients because they are not designed to hold their own and are most likely comparable to an “addict” who needs a fix. This further creates a dis service to the land and the person in charge of the land because the increased dependency on synthetic fertilizers and herbicides in-turn compound the costs associated with raising a crop for harvest while never really rebuilding the soil structure.

A more compelling reason to consider organic farming may be the sheer economics of the equation.   The bottom line is always an important factor when farming each season.  Profitability in organic farming comes through means such as: decreased cost of synthetic fertilizer, herbicide, and pesticide inputs.  Therefore decreasing the amount of money required to keep the plants healthy and sustainable.

Most people associate higher yields with higher profitability. While that makes sense with conventional farming there are other factors that lead to organic systems actually being more profitable.

According to the Organic Trade Association, organic farmers have an operating profit of $45,697 compared to $25,448 for conventional farmers. In the Farming System Trial 30-year study the average net return for organic systems was $558/acre/year versus just $190/acre/year for conventional systems. In addition organically grown corn, soybeans, and grains command a premium price in the grain markets. These premium prices are in most cases nearly double what conventional commodity prices are in today’s grain markets. Even if you happen to yield less production, which doesn’t seem to be the case, your output is worth much more than the conventional commodities creating a significant profitability advantage.

Wildlife enthusiasts and hunters have commented on the impact of modern agricultural practices on wildlife populations, especially ground nesting birds. Many of these folks correlate the explosion in herbicide-use and other synthetic chemical applications with decreases in quail and other wildlife populations which were once prolific in areas. Herbicides and pesticides commonly used in agriculture have been found in drinking water, sometimes at levels above regulatory thresholds. The increase in chemical applications also seems to correlate with the increase in toxic blue-green algae outbreaks across lakes, ponds, and streams in recent years. I used to shrug-off the notion but after considerable research I look at the impact on wildlife populations as a possible “canary in the coal mine” with respect to the potential impact on human populations.

I’m not suggesting that conventional farming is wrong but I do think it is important that we at least consider the alternative. If we can produce just as much food, lower our input costs and subsequently make local farmers more profitable all while reducing the environmental impact of farming practices; don’t we owe it to ourselves and future generations to consider organic practices?

The following are some additional excerpts from the Rodale Institute’s 30-year Study:

What You Get for the Money – Buying Kansas Land 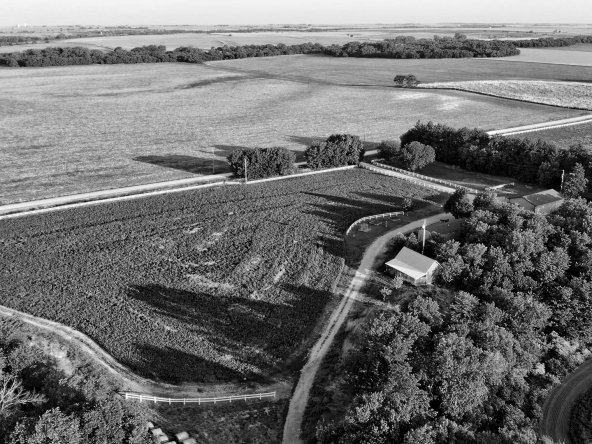 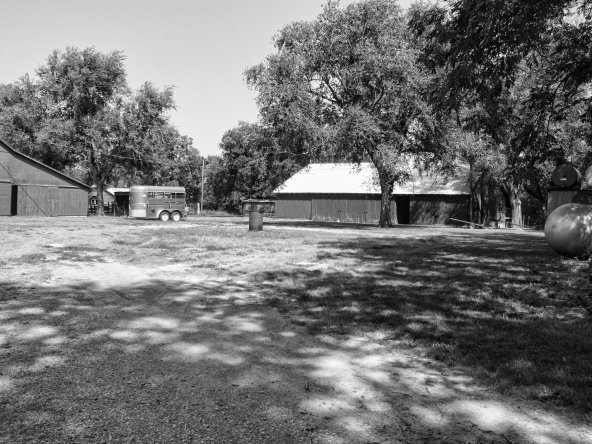 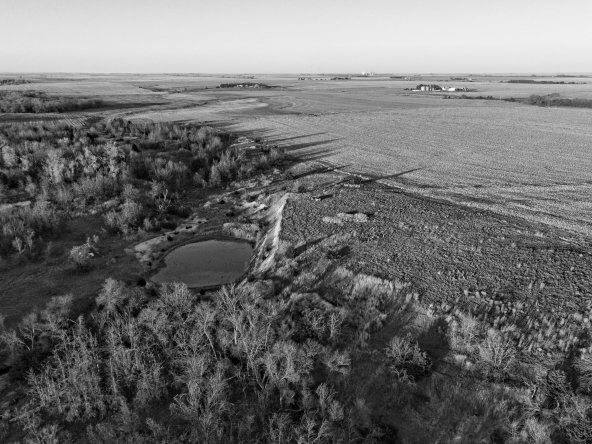